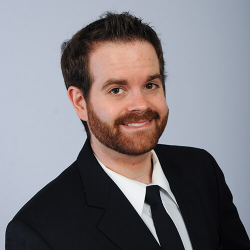 Memory loss is a common occurrence in life, particularly in older age. We all have times when we forget where we put our keys, can’t remember the name of a person we have already met, or can’t come up with the word for something that should be common knowledge. However, these are minor problems that can happen to anyone. Alzheimer’s is a much more serious condition that also affects the memory, cognition, and communication.

For this reason, September has been set aside as World Alzheimer’s Month to draw attention to the many people and their loved ones who are affected by the cognitive disorder, as well as to raise awareness about the necessity for more research into its causes, prevention, treatment, and a possible cure. The following are some facts about Alzheimer’s and dementia, including the relationship with another condition that might come as a surprise: hearing loss.

Alzheimer’s disease affects 50 million people worldwide, and it is the most common form of dementia. Although most people develop Alzheimer’s in older age, early onset Alzheimer’s can occur in people under age 65. Some of the early warning signs of Alzheimer’s are getting lost in familiar places, having trouble dealing with money or bills, repeating questions over and over, taking a longer time to complete the activities of daily life, displaying unusually poor judgment, misplacing objects in odd locations, and mood and personality changes. Of course, these symptoms can happen even in people who do not have Alzheimer’s, so no need to worry if one or two items on the list occur. However, when a number of these issues happen with frequency, it may be time to seek neurological assistance.

Controlling high blood pressure, exercising regularly, and quitting smoking may reduce your risk of Alzheimer’s disease, but little is known about other preventative action. However, a recent study might hold a key to the complicated web that can cause dementia, and that has to do with untreated hearing loss.

Past scholarship regarding hearing loss has demonstrated a significant correlation between hearing loss and dementia, but the nature and mechanism of the connection remained unknown. For instance, Dr. Frank Lin and his team of researchers at John’s Hopkins University established that those with hearing loss were more likely to develop dementia and that hearing loss was a predictor of a faster pace of cognitive decline, as well. The recent finding by Hèléne Amieva, professor of epidemiology and biostatistics in Bordeaux, France, discovered that those who use hearing aids can wipe out the effect of hearing loss on the likelihood of developing dementia. Although this group can still develop the condition, they are no more likely that their counterparts who have hearing ability intact.

This finding unlocks the door to understanding more about the connection between hearing loss and dementia. Rather than a link that exists directly in the brain anatomy or chemistry, this connection between hearing aids and dementia prevalence says something about the process of actually listening and cognition. Some suggest that the practice of listening to others in conversation can do good for preserving the function of the mind. For instance, imagine how difficult a conversation would be if you were hard of hearing and did not wear hearing aids. Rather than complete sentences or phrases, you would only pick up random syllables and sounds. This bizarre assemblage of sounds would present itself to you like a puzzle without all the pieces. In the quick context of conversation, you would be expected to put together those fragments into reasonable guesses at what they might mean. Researchers wonder if the process o scrambling to understand might carry over into other aspects of cognition outside the conversation.

World Alzheimer’s Month is the perfect opportunity to advocate for further research into the condition and funding for studies of prevention, treatment, and a cure. This month is also a good time to encourage your loved ones with hearing loss to seek out treatment if they have not done so. By getting a hearing test and consultation with our team at Hearing Aid Services of Antioch, you will reap the many benefits of healthy hearing.